We often use the word myth in our everyday lives to express something made up or unlikely, or perhaps in the sense of debunked ‘wives tales’. For example: I had a conversation recently where I was told “It’s a myth that spinach has loads of iron you know. That’s how they started selling it but they’ve studied it and it doesn’t have nearly as much as people think.”

In terms of Mythology as the study of Myth, or a collective body of Myths, people may have a tendency to think of them as children’s stories, or tales that where invented to explain the strange things that hadn’t yet been explained by science. Clearly there is truth in this but there is so much more to it. I Love that in ‘Mythology For Dummies’ the authors quickly make a great distinction. There are Myths that helped us understand what we couldn’t explain before science showed us the truth; and there are Myths that help us understand things we ‘know’ are true, but can’t explain with science.

The word Myth comes from the Greek ‘Mythos’, and translates as ‘story’, or in some cases ‘the plot’. It is opposed by the Greek word ‘Logos’, meaning an ‘account’, which reinforces that Myths are not necessarily grounded in truth. But anyone can tell a story about anything and it isn’t automatically a myth. So we start to define a myth as something that includes deities or the supernatural. Suddenly there is a parallel with religion.

Its still debated as to whether the Greeks for example really did believe in the famous Greek Pantheon, and there are certainly people who practice religions today that many would consider to be grounded in Mythology. But is whether or not a story, Myth or otherwise, is literally true, as important as the truths and meaning that people extract from them? Perhaps Myth can be approached in the same way a sociologist might study religion then, from a functional perspective, in terms of shared values and social order.

I like the definition of myth that Professor Meineck quotes from Walter Burkert: 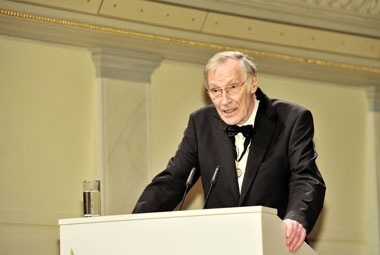 “Myth is a traditional tale with secondary partial reference to something of collective importance”.

This definition is particularly strong, as it emphasises that myths are popular and continue to survive because they communicate something important. They mean something that we feel is worth remembering and can capture a representation of ourselves; even helping to define who we are.

Cline A, 2013, ‘Role Of Myth In Greek Religion’, http://atheism.about.com/library/FAQs/religion/blgrk_rituals05.htm